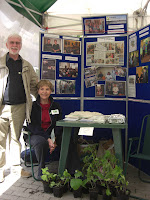 All things Green took over central Canterbury on Saturday and Sunday. 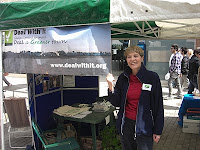 The Canterbury Climate Fair organised by Canterbury Greenpeace generated a lot of interest over last weekend with dozens of stalls - including our own Deal With It one with our new banner - and a constant stream of folk music.

Not to mention several Polar Bears, Tigers and Orangutans (as part of the Nestle Palm Oil campaign - which it was announced today that Nestle are backing down here)

Email ThisBlogThis!Share to TwitterShare to FacebookShare to Pinterest
Labels: Greenpeace