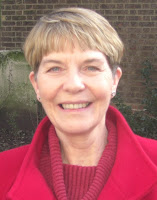 Deal With IT's Secretary Victoria Nicholls writes a regular column in the East Kent Mercury:
There is no doubt – we are using up the world’s resources at an alarming rate and could soon need a second Earth to produce what we have come to expect as our due.

We think that we are really quite ‘green’ here in the UK, after all our rivers are cleaner, our air less polluted, we are planting more trees, using far less pesticides and our recycling rates are much improved. What could be wrong?

Unfortunately, we have exported much of the environmental damage that is caused by the production of consumer goods demanded by our society. Many people say that we can do nothing about climate change while nations such as China and India are developing and polluting the atmosphere at an ever-increasing rate. Per head of population, they pollute very little and their increased production is to satisfy our, and other western countries’, demand for chemicals, steel, ships and other essentials.

It is difficult to believe that there are 200,000 more of us each day. How can we possibly sustain a population increase of this level with people continuing to be richer and demanding more products? Some people believe that we will simply use up all the world’s natural resources and destroy the environment until there is a massive breakdown.

There is another way. We have the ability to co-operate and to be creative to overcome the challenges that face us. We can change our culture and we can change our level of consumption. But, we must not stand by and do nothing.

Let us move forward by seeing the current economic climate as a chance to change our way of life; to reduce unnecessary acquisitions and to join with others in our communities to build happier, healthier and less stressful lives and do the Earth a favour in the process.
Posted by SteveW at 8:16 PM