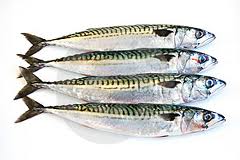 Great article from By Katharine Helmore from the Ecologist

Support Hugh Fearnley-Whittingstall's Big Fish Fight by making sure that the fish you eat is ethically caught and sourced from sustainable fisheries
Fish - the way we consume it and the way we catch it - is a hot topic right now. Horrified by the way that the Common Fishing Policy (CFP) has resulted in around half of all fish caught in British waters being thrown back dead or dying, TV chef Hugh Fearnley-Whittingstall and a host of celebrity supporters have begun a campaign called Fish Fight to end the waste.
But the effects of bycatch are just a small part of the problem. Overfishing has seen cod stocks decline by 86 per cent over the last century and bluefin tuna placed at risk of extinction. Between 20 and 100 million sharks are killed each year thanks to increased demand for shark fin soup and thousands more die in the purse seine nets used by tuna fishermen. And that’s not all. Aquaculture is one of the worst marine polluters and requires thousands of tons of fishmeal – mostly anchovies, herring and sprats – to sustain its farmed fish. Other species are transported long distances – snow crab from Alaska for example, or tilapia from Vietnam – creating an enormous carbon footprint.

Despite this, fish remains one of the world’s most popular foods. So can eating fish ever be sustainable? Here are our top 10 ways to make sure the fish you eat comes without a side order of guilt.

1. Choose your species carefully
The Marine Conservation Society website regularly updates a list of fish to avoid and fish that are fine to eat. Fish that are safe to buy include dab, pouting, organic, farmed salmon and hand-picked cockles, while conger eel, swordfish and plaice are all off the menu. If you must eat cod, make sure it comes from the north-east Arctic or eastern Baltic, where stocks are healthy.

2. Try something different
Buying a wide range of fish is crucial for maintaining current fish stocks and protecting dwindling species. Food writer and fishmonger, Mitch Tonks, warns that if everyone switches from one species to another, the marine balance will be further upset. ‘Gurnard has been championed for a while now,’ he says, ‘but in reality the landings of it are small in comparison to other species and its yield is very low. It is one of the most delicious fish in the sea but perhaps it should join the ranks of other good fish like sole rather than become the next big thing that we should be eating.’ Bruce Rennie, head chef at The Gurnard's Head in Cornwall also recommends buying bigger fillets, as smaller ones tend to come from immature fish. 'As a rule of thumb, if the fish are not big enough to have reproduced and contributed to their species, they should be avoided,' he says. 'It is negligent to eat fish that haven’t had a chance.'
3. Buy local, seasonal fish
Support your local fishermen. Not only does local have a smaller carbon footprint, it’s usually cheaper too. Mackerel is readily available throughout the year and isn’t endangered. Sardines and pilchard are abundant in the seas off the coast of Cornwall while sea bream and sea bass are available in the English Channel. Markets offer a wider and fresher variety of locally sourced fish than supermarkets. ‘Cod and skate are mostly caught this time of year,’ says Jonny Dunhill of Ramsgate fishmonger, Eddie Gilberts. ‘In the warmer months bass, mackerel, plaice and Dover sole are landed in large quantities.’

4. Find a good fishmonger
Your fishmonger is the best source of information on what’s in season and how the fish has been caught. Most good fishmongers will source their fish from sustainable fisheries and will be able to recommend different species to try. (PS Both our Fishmongers in Deal are supporting the campaign Ed)

5. Make sure it’s line caught
Poor labelling on supermarket shelves can mean finding line-caught fish can be like trying to find a needle in a haystack. Ask staff at the fish counter and leave it if they can't tell you exactly how the fish was caught. Avoid bigeye and bluefin tuna, both of which are endangered and opt for line or poll caught albacore or skipjack tuna.  Greenpeace has released a supermarket league of the most ethically sourced tinned tuna with Sainsburys, Marks and Spencer and Waitrose at the top. Line-caught pollack, lythe, black bream, porgy and sea bream are among some of the best white fish alternatives to cod.
Posted by SteveW at 9:38 PM

Email ThisBlogThis!Share to TwitterShare to FacebookShare to Pinterest
Labels: fish