How can we make Deal so that more people will want to walk and ride bikes around town?

That was the subject of thursday evening meeting of Dover & District Cycle Forum with speaker American Mark Weatherley.

Mark and his family are from the Mid-west city of Boulder Colorado,  give a fresh perspective on our Town.

They rented a house in Deal as a base to explore Britain during a sabbatical that ends in December. "The high speed train and the quaint narrow streets near the station made it an ideal base for us, since we decided not to have a car for our stay," said Mark a high school geography teacher.

A lively discussion followed on how we could make cycling safer and public transport more effective locally.


http://doverdistrictcycleforum.weebly.com/.
Posted by SteveW at 8:51 PM No comments:

Deal With IT's Secretary Victoria Nicholls writes a regular column in the East Kent Mercury: The majority of people living in a developed society such as ours do not give much thought to how their electricity is supplied. There is only cause for concern when, for whatever reason, that supply is interrupted.

As we saw last winter, severe weather conditions can disrupt even our green and pleasant land and climate change will no doubt bring more disruption over the coming years. And it is not just ‘bad’ weather that can cause concern. During the summer of 2003, there was a European heat wave in which 70,000 people died from heart and breathing difficulties because they could not keep their homes cool. By 2030, these temperatures could be quite common and by 2060 could be considered a ‘cool’ summer.

With all of our systems – technical, political, financial and social – interconnected because of their dependence on computer systems we need to make these systems, and their power sources, secure so that transport, water, healthcare and communications, for example, remain in place.

If we want to ‘future proof’ our energy supply systems, we need to re-think how electricity is produced and delivered. The obvious way forward is to de-centralise production in favour of local, smaller, renewable energy generation where interruption to supplies would be minimised. The simplest and the most cost effective way to generate electricity locally is by solar photovoltaic systems, either on domestic or commercial roofs. There are now many Community Energy Companies where local people can help to finance, and then benefit from, locally produced energy
Posted by SteveW at 2:27 PM No comments:

Deal With IT's Secretary Victoria Nicholls writes a regular column in the East Kent Mercury: Waste – not a very exciting or romantic subject, is it? But we must be conscious that we are using up the world’s natural resources at an alarming rate and much faster than they can be replaced.

We should be aware that there are many ways that we can conserve these resources so that future generations will be able to have a good lifestyle. This describes that much overused term these days – sustainability.

We waste a huge amount of energy, fulfilling our gadget hungry society; heating and lighting our homes and keeping our industries going. We need to reduce these amounts so as not to waste our resources and to limit our carbon dioxide production.

We waste vast amounts of food, particularly in the developed west and while much of the world’s population does not have sufficient food to survive. This is totally unnecessary and avoidable.

We waste water. What does this matter in a country that has more rain than we know what to do with? But not all parts of this small nation do have that much water. Here in the south east we are quite often short of water and as the climate warms, water will become scarce worldwide and conflicts are inevitable. We are approaching the time of year when waste increases and becomes more than at any other – Christmas. We buy presents, often that no-one wants and too much food that often no-one eats. This year make an exception – try to save resources and money.
Posted by SteveW at 2:31 PM No comments: 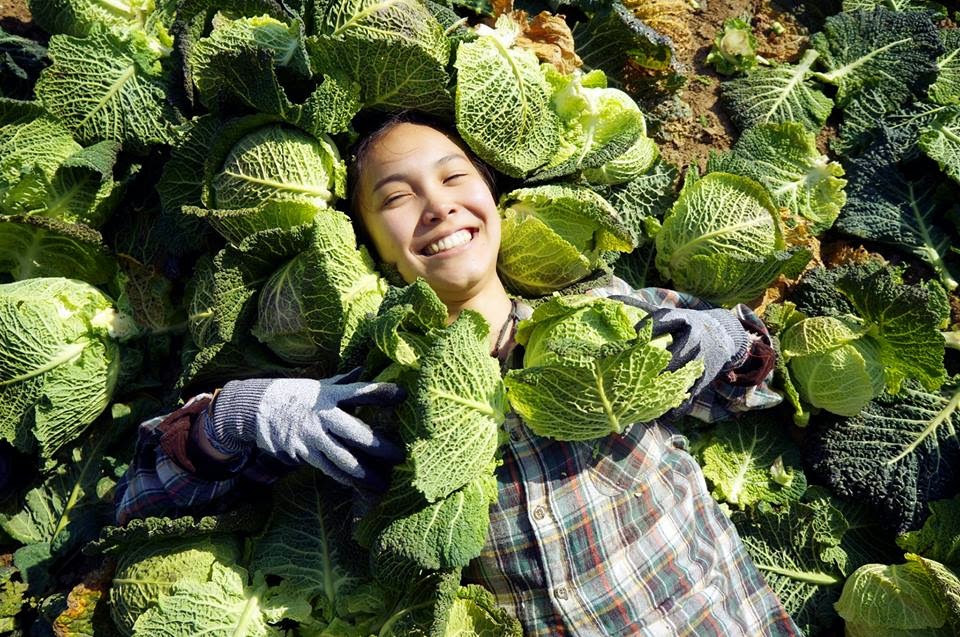 Calling people of Kent, we have another big glean coming up for you! We've recently saved 8 tonnes - that's 100,000 portions - of caulis of cabbages from going to waste from a farm near Broadstairs! But we've barely made a dent on the acres going to waste - so we're returning to try save us many as possible.

Next Wednesday 19th November, we'll be going on a mission to save as many as possible of these beautiful brassica for charity, and an idyllic day out on the farm! All produce going via our good friends at FareShare, Community Food Enterprise and Food For All to charities dealing with food poverty around London and Kent.


The food was being wasted because the crop is growing too quickly in the warm weather, meaning there's a glut of produce while everyone's still eating summery foods like salads! Also, the Russian embargo has meant the outlets for these gluts has collapsed, and the UK supermarkets are still importing cheap produce from overseas rather than stand by farmers in this difficult time.

Spread the word to anybody you know if the area! The more volunteers we have, the more we can save!

Contact Rachel at kent@feedbackglobal.org to volunteer or for more info - rise up with the Arable Spring!

If you can't join us this time, sign up to our gleaning list to be the first to find out about our next gleaning day near you - gleaning is spreading all over the UK! http://ow.ly/p0PHs
Posted by SteveW at 3:26 PM No comments:

Deal With IT's Secretary Victoria Nicholls writes a regular column in the East Kent Mercury: Climate change, global warming – call it what you will, the effects are the same and it is set to inflict ‘severe, widespread and irreversible impacts’ around the world if there is no action to cut carbon emissions.

This is the conclusion of the latest report by the Intergovernmental Panel on Climate Change (IPCC) released in Copenhagen last week. It is the work of thousands of scientists and is agreed by all the world’s governments. UN secretary general, Ban Ki-moon, has said that ‘Science has spoken. There is no ambiguity in the message’.

The report makes it clear that carbon emissions, mainly from burning coal, oil and gas are currently rising to record levels. Two thirds of all permissible carbon emissions have already been propelled into the atmosphere. Droughts, coastal storm surges, heat waves and extreme rain storms causing floods are already impacting on human and natural systems around the world. We have only to look at the excessive rainfall of last winter in the UK to know that this is true.

The solutions are many and they are now becoming economically viable, so much so that growth rates are hardly affected and, in some cases, improved because health damaging air pollution is reduced.

Emissions must peak by 2020 and then fall to zero later in the century, a tall order when we have governments intent on short term thinking and politicians who remain climate change deniers or are too readily influenced by the fossil fuel lobby.
Posted by SteveW at 2:23 PM No comments: 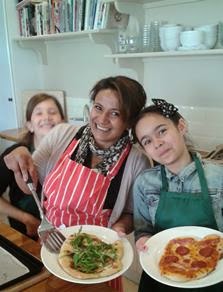 Chequers Kitchen has been shortlisted for an award as Most community-focused cookery school 2014.

The school is based at the Chequers Restaurant on the Ancient Highway and offers a variety of courses from basic cooking life skills to those as bridge into full-time employment in the industry.

They are listed as Cinque Ports Community Kitchen CIC and it would be great if you could vote for them please!


For more information on the school http://www.chequersrestaurant.com/home-chequers-kitchen-cookery-school-deal-sandwich-kent.shtml
Posted by SteveW at 5:50 PM No comments: