A Request from Ed

In December, world leaders will meet at Copenhagen to decide on a make or break agreement on Climate Change.

But this isn’t about what other politicians and I will be doing there - this is about you.

I'll be pushing for clear action to get a global climate deal that's ambitious, effective and fair. This means ambitious cuts in greenhouse gas emissions, keeping countries to their word and supporting poorer countries in adapting to climate change.

But the efforts of those of us at the summit will be all the more potent with the backing of real voices demanding action.

Please pledge your support for a deal at Copenhagen below

Click on the link below to pledge your support

http://www.labour.org.uk/copenhagen_pledge
Posted by Deal With It at 11:47 AM No comments:

Households which contribute electricity to the National Grid are to receive payments under a new government scheme. Communities will be encouraged to generate wind, water and solar power, and be paid for how much they produce. Energy and Climate Change Secretary Ed Miliband said the project would "help create the clean energy of the future".He denied reports the government's energy strategy would cost each UK family £230 a year but admitted there would be "upward pressures" on prices.

He said the "high-carbon route" would mean a greater dependence on imports and exposure to price fluctuations, while the alternative "low carbon future" - which he said was "the right way to go" - would mean "mean some costs to transition".He added: "Individuals and communities can both play their part in the kind of clean energy revolution that we need."

At present, anyone in the UK who feeds electricity into the National Grid can get a reduction on their fuel bills through smart meters.Similar "clean energy cash back" schemes already operate in 19 European countries including Germany.

Critics warn that small-scale production is expensive and projects may require government subsidy.In Germany, whole towns have grouped together to buy wind turbines, build biomass plants and erect solar panels.They are then paid a guaranteed fixed price for every kilowatt hour of energy they produce - a higher sum than for electricity made from fossil fuels in traditional power stations.Three wind turbines can make £15,000 a year for a single village.Since so-called "feed-in tariffs" were introduced in Germany, some 400,000 homes,particularly in the sunnier south of the country, have installed solar panels.But the government has had to subsidise such projects in order to keep them viable.At present, only about 2% of Britain's energy comes from renewable sources, but the government has pledged to increase that to 15% within the next 12 years. 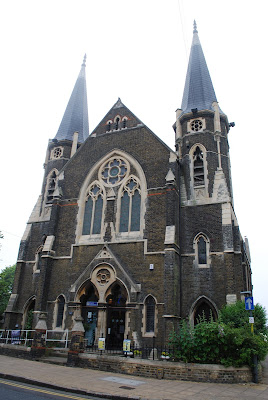 The autumn winds of October will herald the hottest event of the DWI calender. It's time to get ready for the first 'Celebrate Your Deal' - a show that will bring together all that's great about Deal. 'Local' and 'Sustainable' are the key themes and the event will raise awareness of what sustainability means and why it's important for happy, thriving communities. The Landmark Centre, Deal's buzzing community space plays host for the day to all sorts of independant businesses, local producers, artists, musicians and community groups. They'll all be there, showing off their wares, demonstrating their skills and getting to know their public even better.
This is a free event that will be a great day out for the whole family. The Landmark is a huge venue and we'll be making full use of it, with all the spaces chock full of things to see, do, buy and try - they'll be free samples in the food hall, fun workshops, a mini-cinema, live music, thought provoking presentations and demonstrations by the experts ...from bee-keeping to bike maintenance to jewellery making.
We've already started the search for stallholders and community groups. If you would like to be part of making a great day happen, get involved and get in touch celebrateyourdeal@yahoo.co.uk
Posted by Deal With It at 10:21 PM No comments: 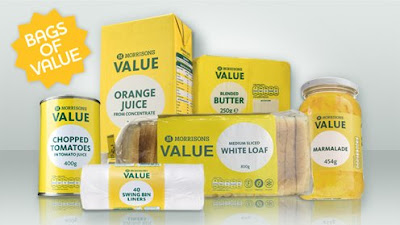 Click on the links below to read and watch very interesting BBC articles on how the recession is affecting the way we shop for food. Do our concerns about the environment, climate change, fairtrade, health and animal welfare go out the window when times are tough?
News article:
http://news.bbc.co.uk/1/hi/business/8124352.stm
TV Programme:
http://www.bbc.co.uk/iplayer/episode/b00lk4cd/Money_Programme_2009_Gregg_Wallaces_Recession_Bites/
Posted by Deal With It at 12:00 PM No comments: