Deal Hop Farm - Hopping M.A.D - Made Around Deal is coming 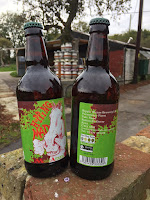 The cask beer - Hopping M.A.D [Made Around Deal] brewed by the Ripple Steam Brewery using Deal Hop Farm hops is out and about in the Town from the end of this week.


The beer, which is a green hopped one, will be available over the next two weeks at the Berry, Just Reproach, Lighthouse, Freedman and Farrier pubs all in Deal.

In total it will be available in some 35 pubs in the East Kent area including Dover, Folkestone, Canterbury, Whitstable, Margate, Ramsgate plus a couple in London. The brewery are producing a full list in the next few days 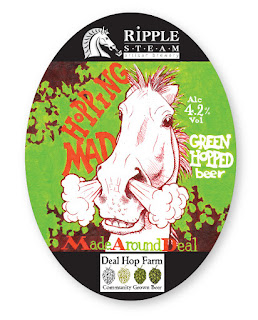 50 of the Deal Hopnista's had a tasting of the beer last Thursday at the Lighthouse and went down very well!

Our next introductory training to becoming a Guardian of the Deep  is on Thursday 19th October at 6pm Landmark Centre 129 High St Deal.


The project which is run by the Kent Wildlife Trust is aimed at getting people to become stewards for our Kentish coastline and wildlife.

Deal With It is acting as a hub group for the project for the Deal & Walmer Beaches
Posted by SteveW at 2:18 PM No comments: 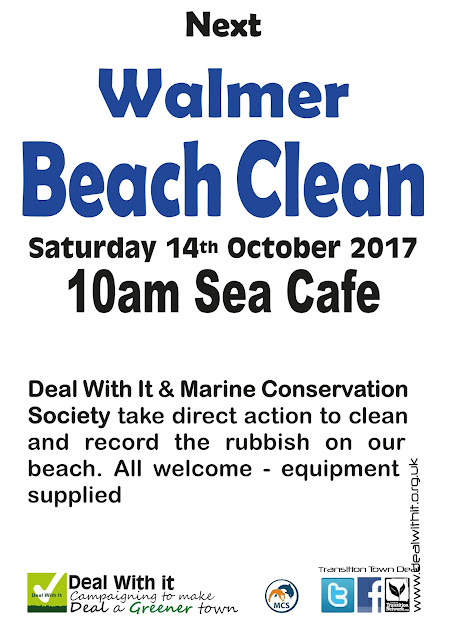 Posted by SteveW at 8:00 AM No comments:

Thank you to our six volunteers today - Tricia, Mary, Cliff, Adrian, Sue, Jane & Steve - to gave the meadow area a bit of TLC - removing some the dock and good tidy up and with two bags of litter picked up.

1st time using a Victorian scythe on the meadow - very good and have the blisters to prove it :) 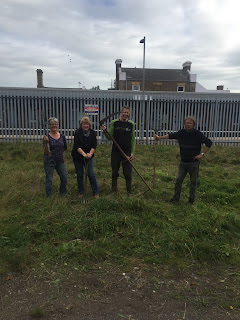 Posted by SteveW at 2:11 PM No comments: