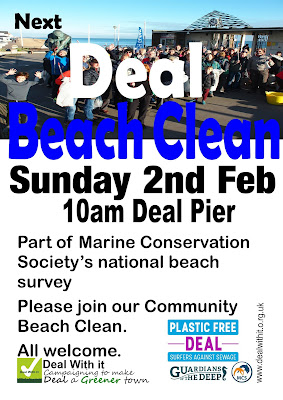 Posted by SteveW at 3:25 PM No comments: 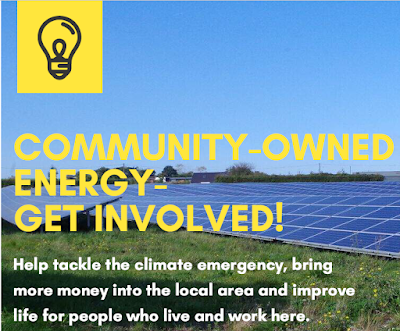 Help tackle the climate emergency, bring more money into our local area and improve life for people who live and work here.

The Centre for Sustainable Energy would like to invite you to come and find out more about an opportunity to get involved in Community Energy in Kent. Hear about what community energy groups across the country are doing and how you could help bring a 5 MW solar farm into community ownership. It’s a great opportunity to bring over £1million investment into our local area, and there’s plenty of support available to make it happen. Please see the attached leaflet for more information.

Posted by SteveW at 2:53 PM No comments:

Deal With Whats On in January 2020


Tuesday 18th February – Coastal Guardians Training 1pm Landmark
This is the last one ! 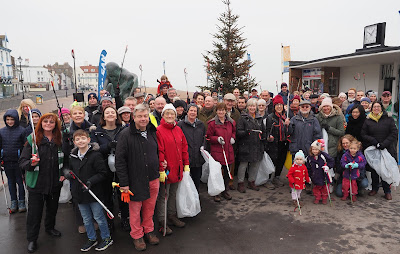 Over 75 people volunteered their time and in little over an hour collected some 80kgs of rubbish was collected.


During 2019 the group ran 15 Beach Cleans which collected over 584kilos of rubbish and involved some 764 volunteers who donated 1502 hours of work to the community & our beach.


The next community clean will again be at Deal Pier on Sunday 2nd February starting at 10am. This clean is part of a national survey of the UK's beaches run by the Marine Conservation Society

Posted by SteveW at 3:07 PM No comments: