It is that time of year again when we all tend to buy too much food and then find ourselves throwing food away when it is not eaten. Statistics show that about one third of the food that we buy is thrown away – a quite incredible figure.


The recent campaign against waste led by Hugh Fearnley-Whittingstall on BBC’s ‘Hugh’s War on Waste’ programme illustrated this fact by visiting people’s homes to see what they were throwing away and by looking at how much food supermarkets waste.


One of the things that supermarkets were responsible for was the wasting of vegetables which were the wrong size or the wrong shape. In response to ‘Hugh’s War on Waste’, Britain’s fourth largest supermarket, Morrisons, has been running a trial of ‘wonky’ seasonal vegetables at its supermarkets in the north-east of England and has reported brisk sales.


Vegetables have been chosen because of the variation in their size; they have cracks or are misshapen. They have been offered to customers at about two thirds of the price to reflect that people will have to spend more time preparing them or that they cannot use the whole vegetable. Specifications for sprouts have also been relaxed to allow the stores to sell the extra large sprouts that the warmer weather has produced. Supermarkets are now listening to their customers who are happy to buy wonky vegetables rather than dictating to them what they must buy.


Have a Merry Christmas and a Happy New year – and don’t waste food!

Posted by SteveW at 5:35 PM No comments:

It seems quite astounding that David Cameron returned from the COP21climate talks in Paris after making a rousing speech, encouraging all nations to come to an agreement on limiting carbon emissions, before leading the government in giving permission for fracking for shale gas to go ahead under national parks.

In January, the government stated that fracking would not be allowed in national parks or at sites of special scientific interest (SSSI). In November they partially rescinded this decision by stating that ‘surface drilling’ would not be allowed in areas of outstanding natural beauty and SSSIs. We now find that shale gas companies have been given the go-ahead as long as they sink their wells outside the boundaries of the national park or other protected areas. They will be able to drill several kilometres beneath these areas.

Shale gas is a fossil fuel. It is not a green alternative to coal. It burns with half the carbon emissions of coal but it still produces greenhouse gasses. One of the government’s recent actions has been to remove funding from several projects that were researching ‘carbon capture and storage’ (CCS) where systems are put in place to capture carbon dioxide emissions from burning fossil fuels.

Along with the government’s actions to remove subsidy from wind and solar power, causing great concern for the future of fledgling industries, we have the go ahead for this much campaigned against process of fracking to produce shale gas that we cannot afford to burn.

Posted by SteveW at 5:33 PM No comments: 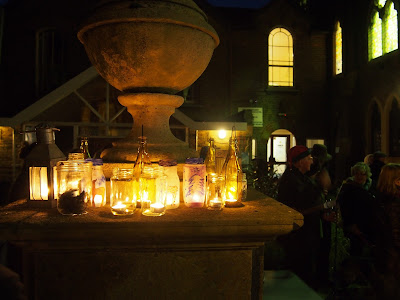 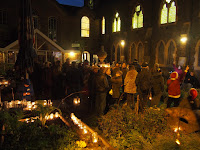 Posted by SteveW at 6:51 PM No comments:

It has been called ‘a major leap for mankind’ by French President, François Hollande, and, for those of us who have been campaigning against climate change for many years, it has given us a long awaited cause for celebration.

It has taken more than 20 years of very difficult negotiation to come up with an agreement from 195 countries present at the COP21 talks in Paris to hold global temperatures to a maximum rise of 1.5°C, thereby avoiding the worst effects of catastrophic global warming.

The participants have agreed to reduce carbon emissions and to accept a new goal of zero emissions by later this century. Alongside this has been the promise to raise $100 billion a year by 2020 to help poor countries achieve these goals.

The elation is tempered by caution. Many scientists believe that the 1.5°C target may be over ambitious as human induced warming is already approaching 1°C and is set to reach 1.2°C by 2030 so keeping the temperature down to 1.5°C will be a huge challenge; 2°C is more achievable.

Although this agreement has been welcomed by everyone it has been criticised for not going far enough. However, there is a commitment to ratchet up pledges and make stronger cuts in five years which could bring us to the magic 2°C by the end of the century.

Promises have to be carried out and it is feared that resistance from the huge and powerful fossil fuels industry will present the largest challenge.