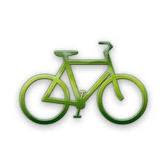 CYCLE FORUM next meeting
Please reserve this date in your diary for the next meeting of the CYCLE FORUM for the Deal, Dover & Sandwich district:
Wed 16th March 2011 7pm - 9pm, again at the Royal Hotel, Deal
This will be a "working meeting" following our first general discussion on 31st January, which got things going nicely - see report and photos at http://www.tinyurl.com/cycleforum
Full details and agenda to follow.
Hope the date and time is convenient, and look forward to seeing you on 16th March,
best wishes,
Ian Killbery earlystart@me.com
PS Your views and suggestions on facilities for cyclists along the A@ and into Dover Docks are requested - see below:

The Highways Agency has commissioned a review of current cycle facilities along the A2 between Dover (Eastern Docks Roundabout) and Canterbury (Upper Harbledown Interchange).
Their desktop analysis and initial site visits have identified existing and potential cycle routes close to the A2.  It would be very useful to learn of any of the following issues along the A2 between Dover and Canterbury:
-          Problems where existing cycle routes join or cross the trunk road;
-          Suppressed demand due to lack of appropriate cycle facilities;
-          Poor or inconsistent signage of routes.
The study is a pre-feasibility assessment of the improvements which MAY be possible along the study corridor.  Within the design/works budget likely to be available, potential improvements will focus on signing and the promotion of alternative local routes.

However, the study will touch upon potential longer term solutions.  It will prioritise these potential improvements so that schemes can be progressed to design and construction at a later stage, subject to the availability of funding.

They would welcome the thoughts of members of the new Dover and Deal Cycle Forum. Please send responses directly to paul.goodenough@bbmmjv.com no later than Monday 14th February 2010.
- snd copy to earlystart@me.com.