Greening the Local economy roots jobs and work in our community

Interesting one from Totnes Transition Town who have published 'Local Ecomonic Blueprint' this week:

Economic localisation has often been argued from a range of perspectives, such as being a better way forward and being more sustainable, but rarely has the economic case to back it up been clearly set out.  The Blueprint concludes that: 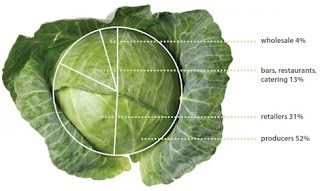 This is all before the local economic multiplier is taken into effect, which could make the changes worth far more to the local economy.  When combined, this 10% target totals over £5 million which could remain locally and stimulate new jobs, new businesses and a new economy.  This is the economic case for seeing community resilience as a form of economic development, indeed as a form of economic development that is far more appropriate to the current economic situation than most of the other ideas being proposed elsewhere.

Email ThisBlogThis!Share to TwitterShare to FacebookShare to Pinterest
Labels: REcomony