'A thousand lights to chase the darkness' 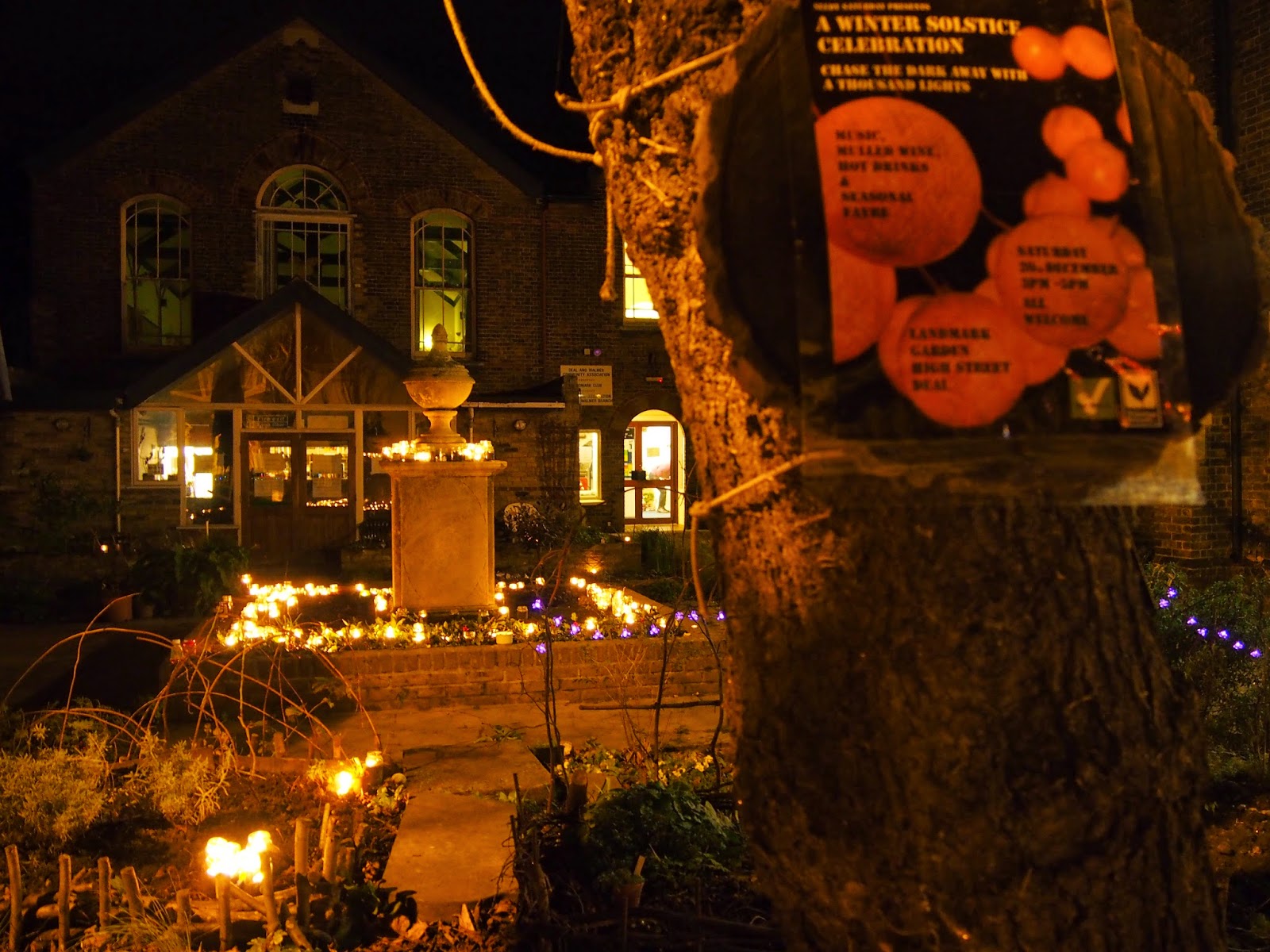 We had a really great afternoon and fantastic response to our Winter Solstice celebration 'A thousand lights to chase the darkness'.

It was great to see the number and range of people dropping in - many bringing jars and lights others just wandering in from some shopping.

It was gentle and magical; a great example of the community coming together on a winter's afternoon. 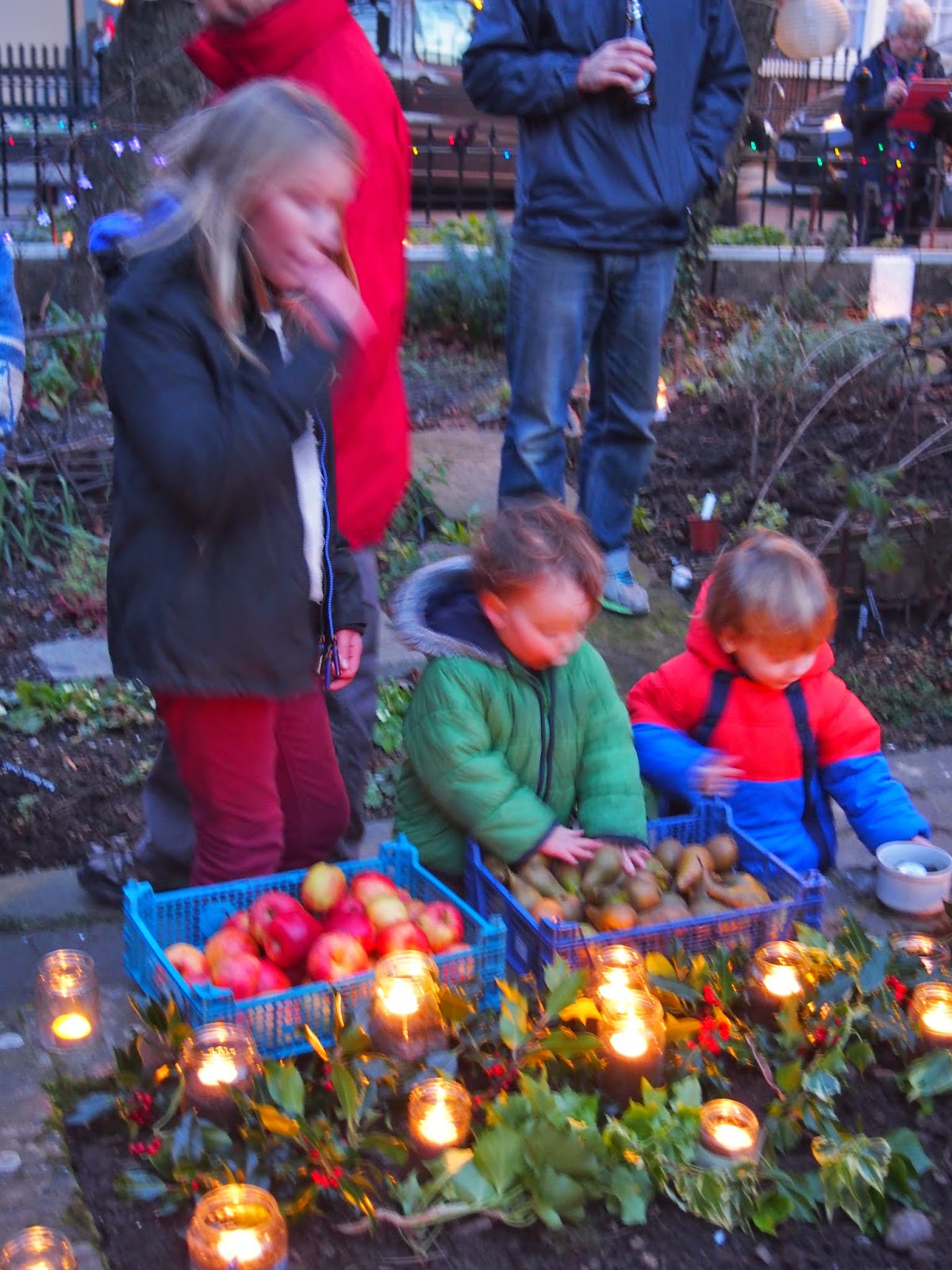 The mulled elderflower wine was going down faster than we could cook it.

The oysters were flying out of their shells and cobb nuts were wolfed down.

We had great entainment from the Sunshine Ukes and Roisin Murray told us some winter stories. 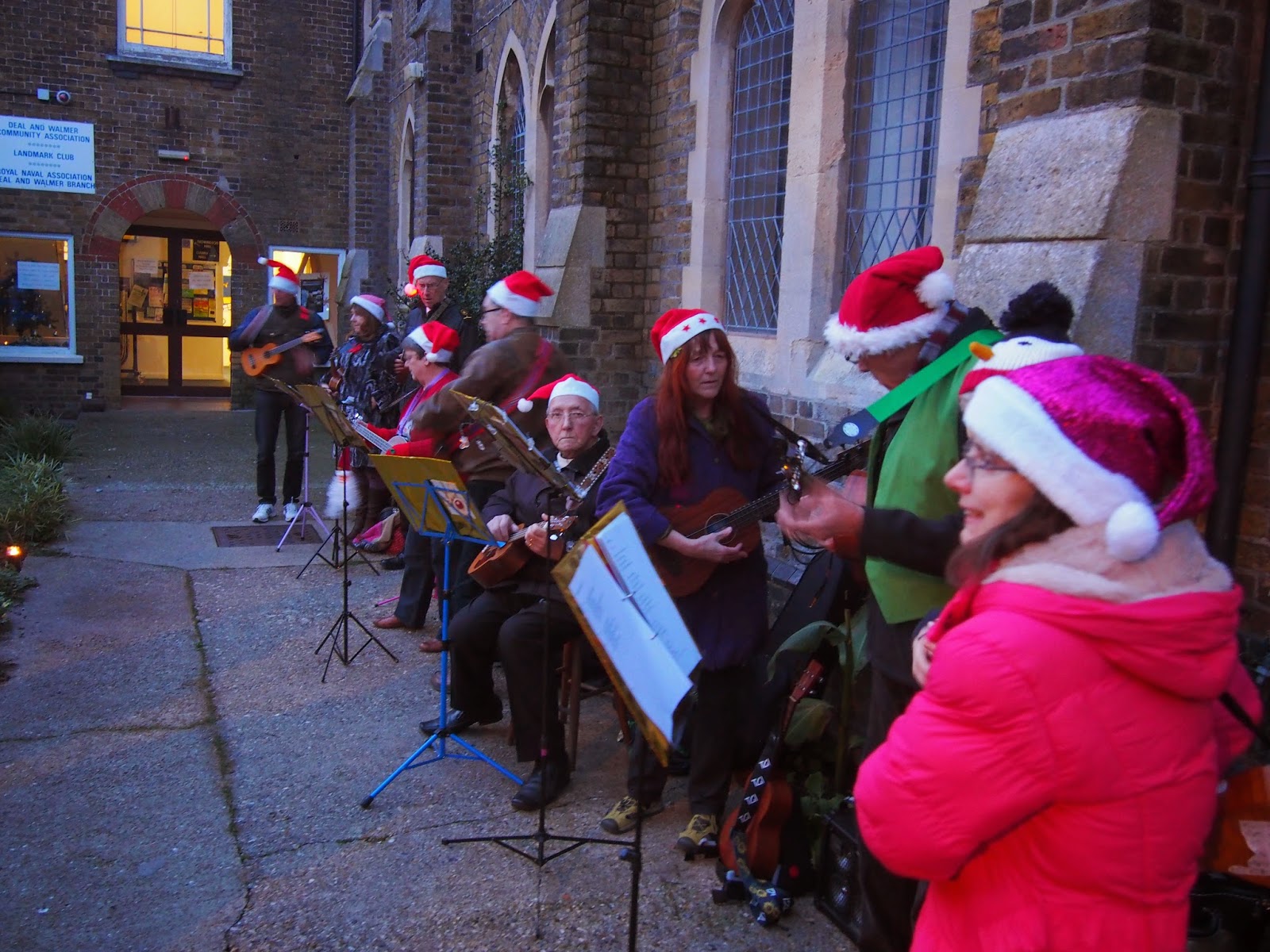 Nick and Kieran from Chocolution came with real chocolate treats.

We had Lucia Stuart from the Wild Kitchen with her foraged oysters from Minnis Bay in a roman style.

The fruiters in the town market had kindly donated an array of fruit.

It was a great way to end our second year in the Landmark Garden.

Thank you all for coming and contributing.

Happy Winter Solstice and Love from Deal With It + the Landmark Gardeners (Imogen, Tracy and Steve) x 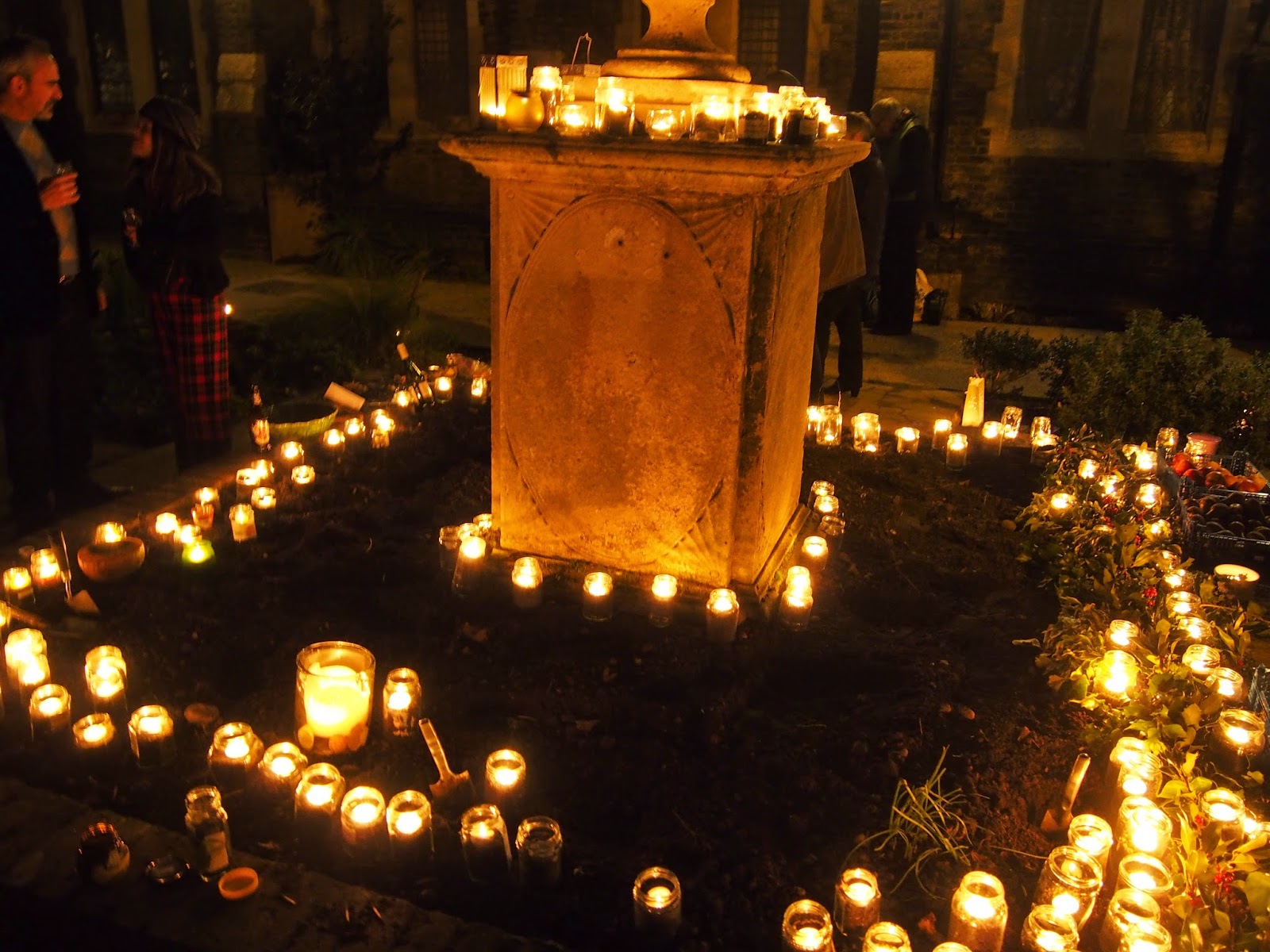 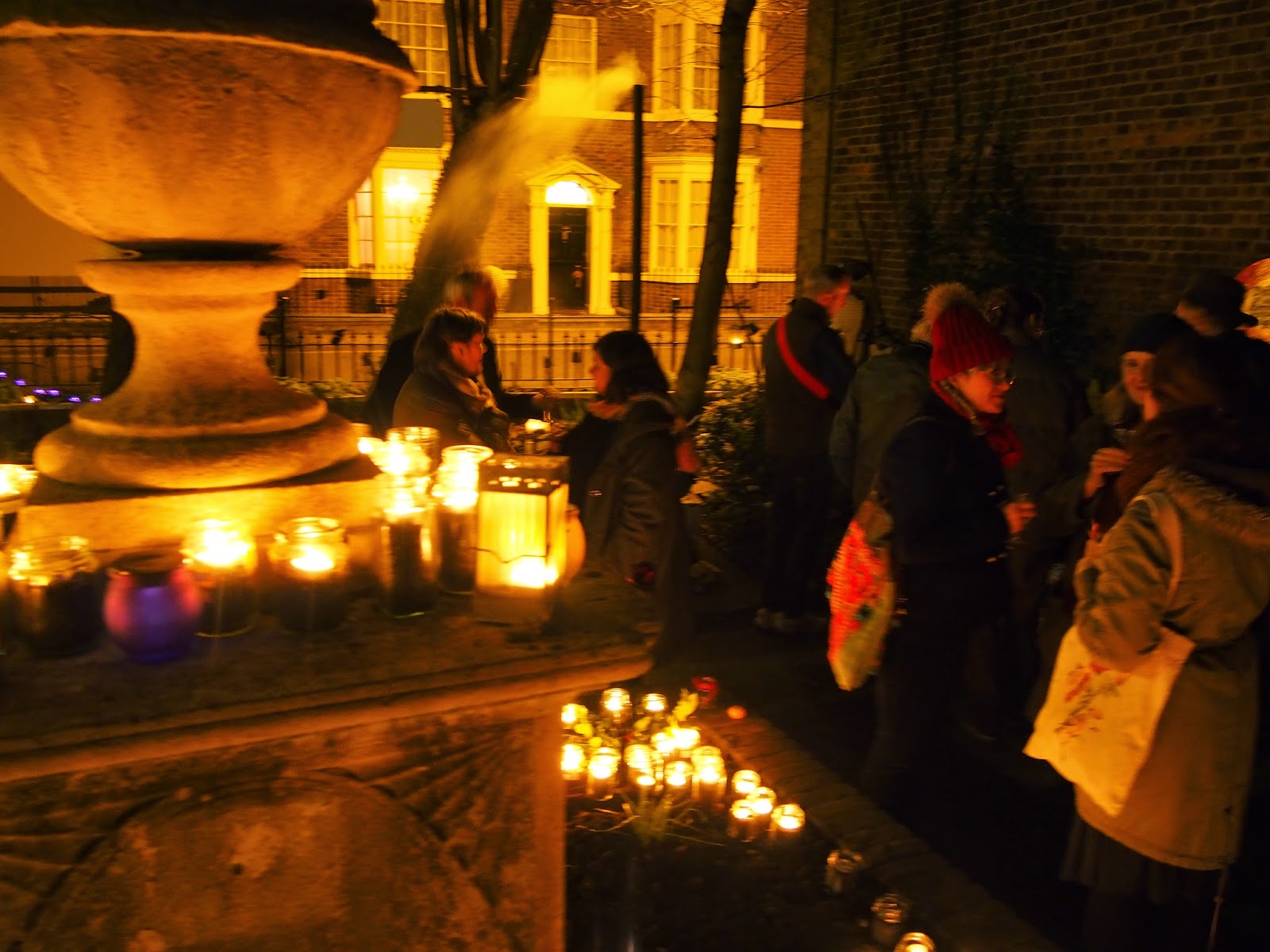 All our photos can be found here

Email ThisBlogThis!Share to TwitterShare to FacebookShare to Pinterest
Labels: landmark