From the Friends of Betteshanger Group

Betteshanger is the former coal mining pit in East Kent that closed in the 1980s. It comprises of two areas - the former spoil heap now a Country Park and the Pit head itself . Both sites have been purchased by a property developer following the collapse of  Hadlow College. Nature has recovered at both.... 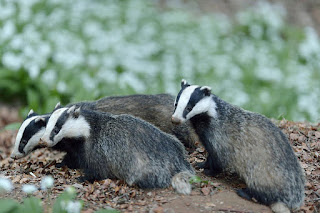 Quinn Estates have submitted a new Ecological Appraisal of the Betteshanger site to Dover District Council as part of their planning application to build over 200 houses there. Surveys have been done and they show that the site is full of wildlife. It also makes their intentions clear - plans will not be changed to accommodate the wildlife or its habitats, no matter how rare or protected. If they are in the way they will be removed. For example:

An area of priority woodland, where they want to build 6 housing units is in the way. They could choose not to build here but, no, the woodland will be removed.

There's a badger sett in this woodland. It's in the way so it too will be 'closed'. A metal barrier will be used to prevent access for the badgers and then the sett will be dug out. Badgers are protected by law. 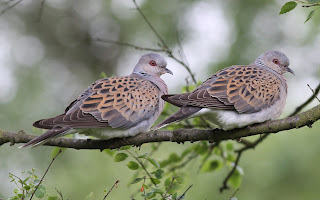 There are turtle dove territories on the site. They too are in the way and will be destroyed. Turtle doves are a Red listed species and in danger of becoming extinct.

Then there is the priority Open Mosaic habitat that is found on areas proposed for housing.

Even though it contains a suite of rare and protected plants it too will be destroyed.

There are 6 different bat species using the site. Some have made a roost in the old biomass boiler building. This is in the way so both building and bat roost will go. Bats are protected by law.

Great crested newts have been detected in one of the ponds on site. Planned works might result in their disappearance. They are protected by law.

Then there are smooth newts, slow worms, common lizards, over 180 birds using the site, over 100 flower species. Habitat for hares, hedgehogs, harvest mice and unknown numbers of insects and invertebrates. What will be their fate ?

How can this be allowed to happen ?

Developers will claim , 'Ah, yes, but its OK because we will 'mitigate'. Quinn Estates propose to change an area of Betteshanger Park, which is habitat in its own right.

But mitigation doesn't stop the destruction and it doesn't stop a green, wildlife rich space becoming a massive housing estate.

This kind of ecological vandalism must be challenged, especially at this time of unprecedented declines in biodiversity all round the planet. It can be stopped but only if enough people object to the planning application and only if the planning committee at Dover District Council reject the application.

Please help. Send in objections to Dover District Council, planning application number 20/00419. Time is short. A decision on this proposal will be made within a few weeks.

Find them too on Facebook.
Posted by SteveW at 5:38 PM

Email ThisBlogThis!Share to TwitterShare to FacebookShare to Pinterest
Labels: betteshanger