It's Good To Talk 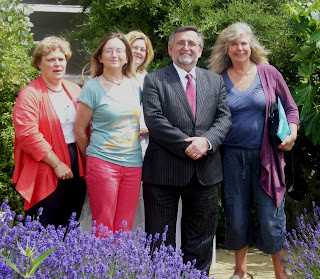 On Tuesday 23rd June 'Deal With It' members met with Gwyn Prosser MP to lobby him on climate change and environmental issues.

Deal's MP, who has campaigned with Greenpeace and Friends of the Earth, met members of the group in Trinity Church, where a wide range of questions were raised around the topics of climate change and resource depletion and the corresponding local and global consequences.

Speaking after the meeting Gwyn said:

"We had a friendly and lively exchange on a whole series of subjects which varied from waste recycling and plastic bags to Heathrow expansion and public transport in Deal. We didn't reach full agreement on all the issues but I've promised to take their message back to Government and I readily agreed to meet with them again.

"I think it's fair to say that we agreed that while the Government had made big strides in some areas to address global warming there was lots more to do and we all looked forward to achieving a global deal at the Copenhagen Summit in December."
Posted by Deal With It at 11:04 PM