Deal gathers in solidarity and unity for #JeSuisCharlie

Deal gathered on Sunday at the Pier in a show of solidarity and unity with the massive ‘Je Suis Charlie’ rally in Paris.


Over 200 people attended at the informal gathering hosted by Deal With It.

Adrian Sullivan, from Deal With It said “We had a fantastic response from the community in Deal with over 200 attended the Gathering and many, many more sending messages of support. It was Deal at its finest.

We had only floated the idea of a community gathering, to coincide with the rally in Paris, on Saturday Lunch time.

I was great to see that many people had made their own posters and placards.

The community really came together on Sunday; we had several churches, local community groups, representatives from all the political parties and many individuals who just wanted to express their quiet support for the victims.

One of the many privileges of living in Deal is that on most days you see France ; in the last week France has been closer to us.” 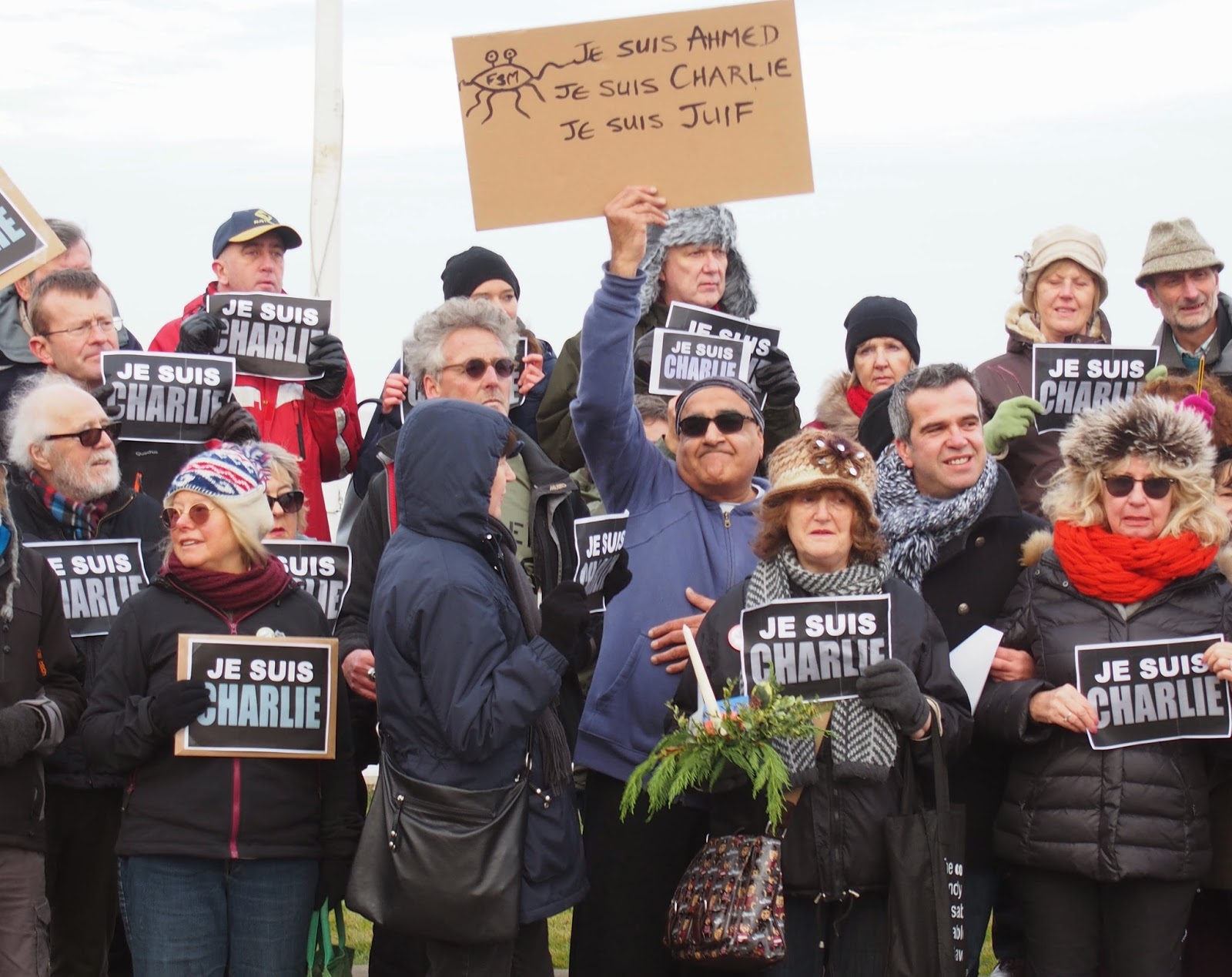 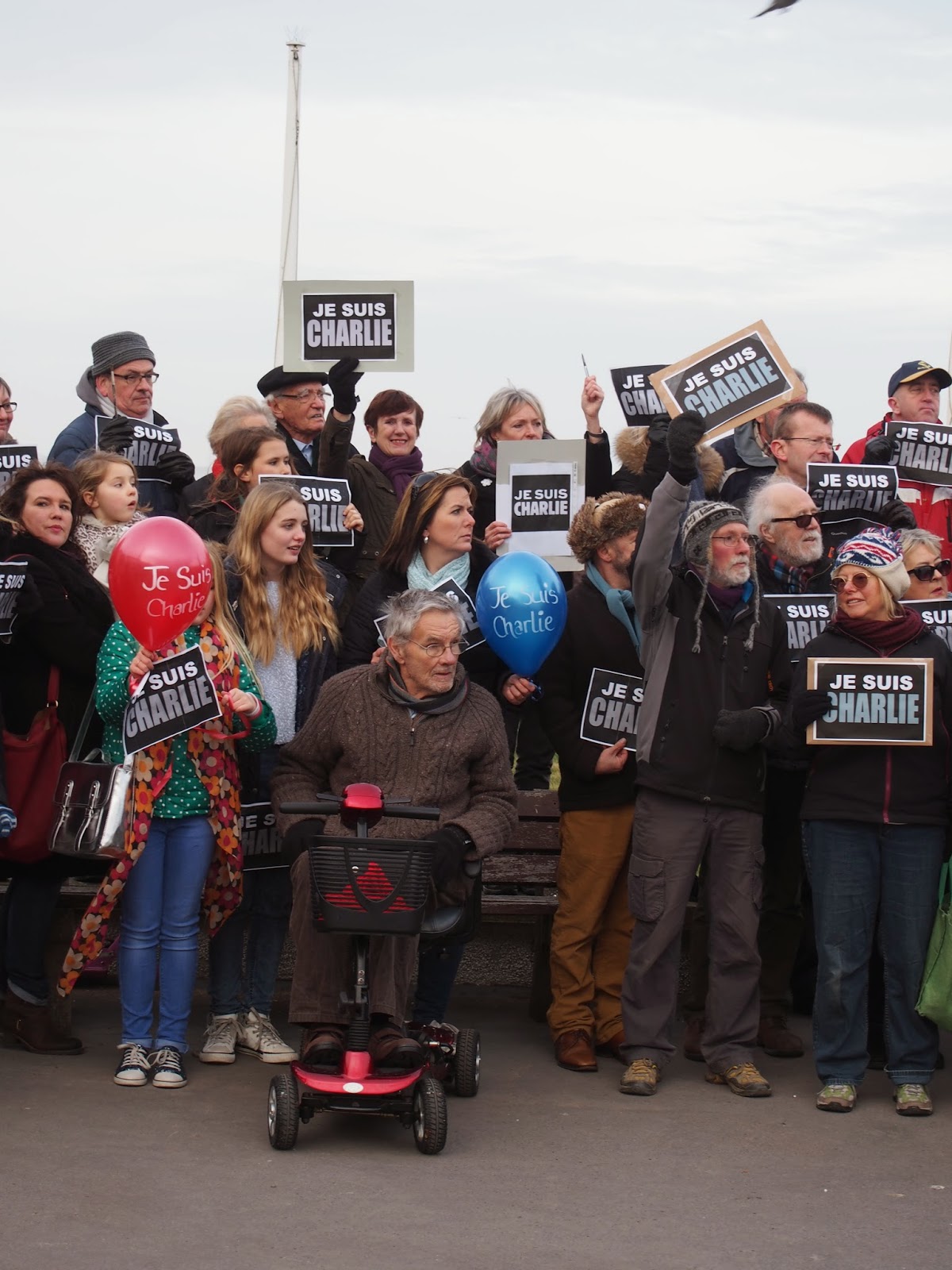 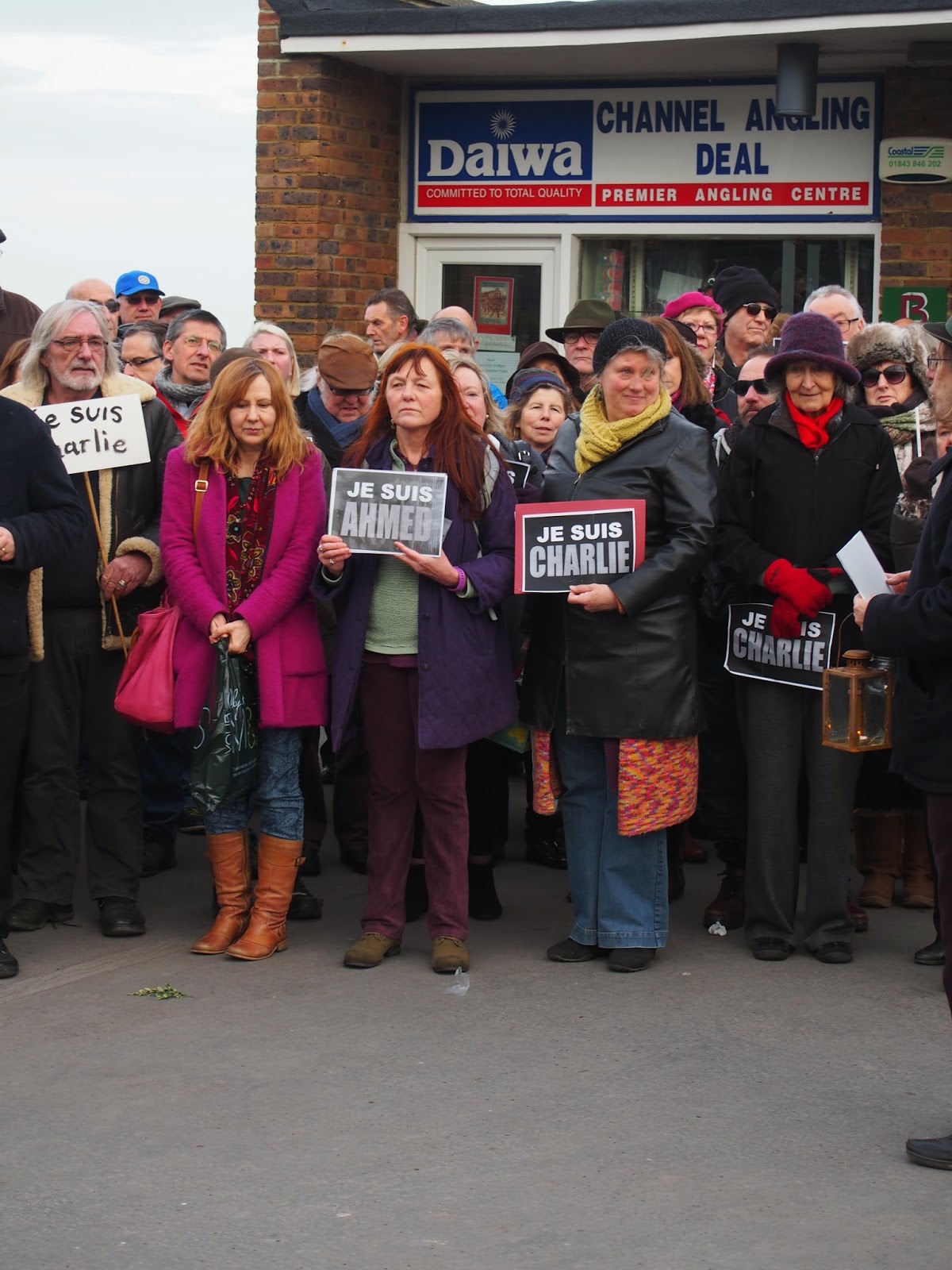 All our photos can be found here
Posted by SteveW at 9:00 AM