'Dagenham' idea of Airport off Deal 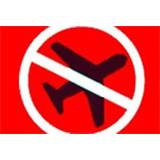 We thought that the Government's decision on the restart of fracking in Lancshire was Barking last week....

Well this week's idea of a Deal Airport on the Godwin Sands is at least two stops beyond that!

Just in case you have missed it, This idea of a Heathrow replacement 7 miles off the coast on the Godwin Sands has been 'floated'.... I don't think the argument's over Lydd and Manston are fully landed yet.

Whoever came up with this one must have been smoking something....

Full story in the EKM http://www.kentonline.co.uk/east_kent_mercury/news/2012/december/19/airport.aspx
Posted by SteveW at 6:45 PM

Email ThisBlogThis!Share to TwitterShare to FacebookShare to Pinterest
Labels: airports