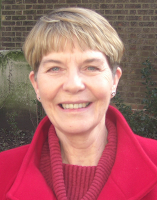 Deal With IT's Secretary Victoria Nicholls writes a regular column in the East Kent Mercury:  There is little doubt that the world’s ice is melting, and melting quickly. So, you may think, what has this to do with me? Apart from a bit of inconvenient ice and snow in the winter sometimes, melting ice is hardly my number one problem.

Recent scientific research has shown big changes in the ice sheets of Greenland and Antarctica. These are far away places but the sea level rise that melting ice creates will cause coastal flooding and endanger some of the world’s great cities, London among them, by the end of this century.

Rising sea levels could turn out to be the single, most serious effect of global climate change. Not only are air temperatures rising around the world but ocean temperatures are rising, too. Warmer water, originating in the south, is travelling into Greenland’s fjords and melting the sea ice from below, causing the glaciers to move twice as quickly as ten years ago and throw out more ice into the ocean. The volume of the oceans has remained the same for thousands of years but in the middle of the 19th century, when developed countries started to burn large quantities of coal and oil, this volume started to increase.

Coastal erosion has become a huge problem for many areas in the world, including the UK, and governments have spent many millions of pounds trying to slow it down. The underlying cause, the burning of fossil fuels, still continues at an alarming rate today. Little effort has been made by governments to cut carbon emissions to lessen the increase in world temperatures.

Changes in our way of life to adapt to a low carbon future must come from the bottom up, it seems. In other words, we must lead by creating communities that use the world’s resources carefully, ever mindful of our effect on world temperatures.
Posted by SteveW at 8:06 AM